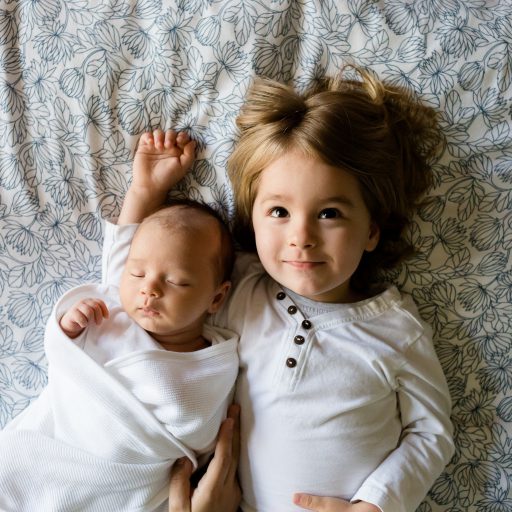 What Is Tongue Tie?

Ankloglossia, also know as tongue tie, is a congenital condition that inhibits the proper function of the tongue as early as infancy. The lingual frenum is a ligament that is an artifact that is supposed to be removed by apoptosis, programmed cell death, when an infant is in the womb growing, however, it is not always completed. During infancy, a short or tight, lingual frenum can cause breastfeeding problems such as pain for the mother, long and frequent feeding episodes, clicking sounds, acid reflux and/or colic symptoms. Even if bottle feeding, reflux/colic symptoms can be present due to the intake of air from an improper tongue seal around the bottle. As we age a tongue tie can cause swallowing problems, speech issues, and abnormal growth patterns of the face. This can then lead to poor growth of the jaw bones which can cause crowded teeth, diminished airway space and sleep breathing issues, such as sleep apnea in children and adults. In a study from Stanford by Guilleminault11 the correlation between tongue tie and sleep apnea (2015) was shown, which can also have many downstream consequences: fatigue, difficulty concentrating, teeth grinding, bedwetting, behavioral issues and even symptoms mimicking ADHD.

Why Do A Tongue Tie Release on an Infant?

So, why do a frenectomy aka tongue tie release on an infant? First and foremost, to aid in breastfeeding! Or help possibly alleviate reflux/colic symptoms if feeding from a bottle. There are many symptoms of a tongue tied infant: long and frequent feedings, falling asleep while feeding, colic/reflux symptoms, unable to hold a pacifier, pain for the mother while latching/feeding, mastitis, damaged and/or infected nipples, plugged ducts, etc. The other possible benefits are that growth patterns will also be normalized and minimize other issues in the future: crowded teeth, sleep apnea, etc. Although this is not guaranteed because there are other factors that contribute to these conditions, and further interventions may be needed, but at least one piece of the complex puzzle will have been addressed.

Click below to learn about some of the signs of tongue tie in infants.

What If Tongue Tie Wasn't Caught And Now My Child Is An Adoloscent?

Well, we didn’t know our now adolescent child had a tongue tie when they were an infant, so do we have to do a tongue tie release now? Again, it depends on symptoms, but if there is at least one symptom that is being exhibited, such as speech issues, sleep disturbances, not enough room for the adult teeth to come in, picky-eating, etc, there is cause to be evaluated. Especially if caught early enough, a tongue tie release coupled with myofunctional therapy and other proper interventions can help to correct growth issues by retraining the tongue and allowing for proper nasal breathing.

Click the button below to learn about signs of tongue tie in those 1 year of age and older.

What If I'm An Adult With Tongue Tie?

And then there are adults, such as myself, who didn’t know I had a tongue tie until I was 30 years old! So, why do adults have their tongue-tie released? Personally, I was going through myofunctional therapy after being treated for TMJ issues. I learned I was swallowing improperly my entire life! Also, supporting the jaw with the tongue is paramount and I wasn’t able to properly do that. So, I had a frenectomy! Other changes, I noticed were: decreased neck/shoulder tension (and as a dentist that was something I had attributed to the job, not a tongue-tie), easier swallowing, dental radiographs OR impressions no longer gagged me, my sleep was better, I was able to perform the myofunctional exercises I was given, and my tongue reached way further back on the roof of my mouth than it ever had before, which was initially a really weird feeling. I also realized the reason why my previous orthodontic treatment had relapsed (teeth began to shift around) was because my tongue was pushing on my teeth instead of sitting where it should be, both during the day and at night time! So, adults can definitely benefit from a tongue tie release, especially in coordination with treating jaw issues, sleep breathing problems, etc. Adults with speech impediments such as lisps, being unable to speak quickly or quietly/loudly, or tripping over words as you speak can be a result of a tongue tie as well. With any age group, I will always advocate for myofunctional therapy to retrain the tongue because we have ingrained muscle patterns that need to be retaught and this will be especially true with adults.

To see some photos of what tongue or lip tie may look like, head over to our Tongue Tie page.  From there you can learn more about Tongue Tie and its symptoms as well as reach out to us to schedule a consultation.

These are just a few thoughts on why a tongue tie release can be beneficial to those of all ages. It is never too late to become a healthier version of you and this is just one step to help with that.

Connect with us today to schedule your consultation.

The Truth About Fluoride

Sugar and Tooth Decay: What You Need to Know

Dr. Erica has a comprehensive approach to dentistry. She evaluates the function, as well as the development of the entire mouth, and the teeth that are in it. She focuses on creating beautiful, functioning smiles that allow a patient to be their healthiest self.